At Arthur Murray Dance Centers Sarasota, our talented dance instructors use proven teaching methods to get you on the floor as quickly as possible. We offer an exciting, elegant experience to learn the timeless activity of dance through customized programs that fit your unique goals and personal schedule. For over 100 years, we’ve brought dancing dreams just like yours to life. The hardest part of our lessons is taking the first step to learn. The first step is as easy as calling us for more information. Get started towards your dancing dreams today!

Get My First Lesson 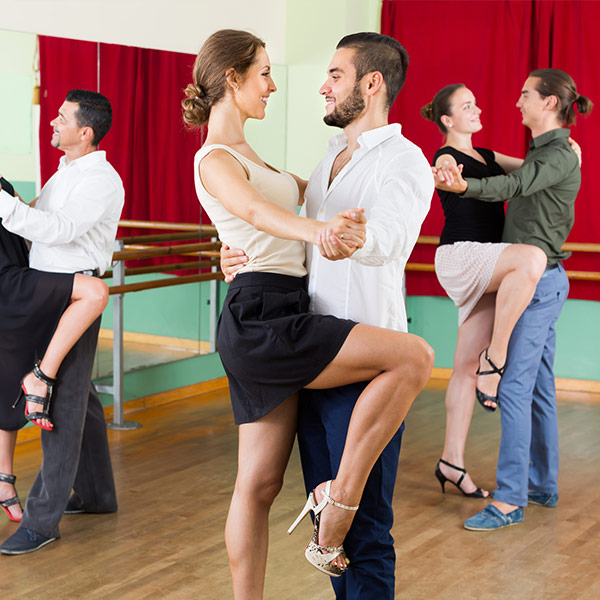 Why Should I Take Dance Lessons?

Too many people sit on the sidelines because they fear they don’t have the right skills to dance. We offer personalized dance lesson plans and convenient appointment times to fit your exact needs. You learn the dances you want at your own pace. Our mission is to provide people just like you with the highest quality of dancing experience in a nurturing environment. We believe dancing opens the doors to closer relationships with your loved ones, improves overall health, and creates a greater passion for life. Sitting on the sidelines watching other dancers isn’t any fun. Join the fun of dancing by contacting us today!

Arthur Murray International, Inc. is America’s second-oldest franchise organization. A young Arthur Murray began teaching dance in New York City in 1912. In 1925, he sold branded dance lessons and started the first franchise dance school. Today, his dance studios are known all over the globe as a prominent entertainment company with franchises located throughout the United States, Canada, Puerto Rico, Europe, the Middle East, Japan, Africa, and Australia. Known as a pioneer of social dancing, Arthur Murray’s legacy shines on today. We will continue the tradition of teaching the world to dance.

Change Your Life Through Dance

Call Now
Back to the top